END_OF_DOCUMENT_TOKEN_TO_BE_REPLACED

Every summer, the transfer window rolls around and pundits discuss the areas of the Arsenal team in dire need of improvement. Every year, the defensive midfield positions are identified as a key area of weakness within the Gunners’ squad. And, every time, Arsene Wenger has failed to address this issue. Now that Unai Emery has taken over in the hot seat, will this close season be a different story? Arsenal are in need of big changes, and this gaping hole needs plugging immediately.

Unfortunately for the new boss at the Emirates, he will be expected to make the best of the summer transfer market with a limited budget of around £50 million according to The Telegraph. In the current climate, this is the kind of money that Premier League contenders are spending on singular players. Rebuilding a squad that is riddled with problems on this allowance will be nigh on impossible. With that in mind, Emery needs to play the market cleverly and look to bring in some bargains.

END_OF_DOCUMENT_TOKEN_TO_BE_REPLACED 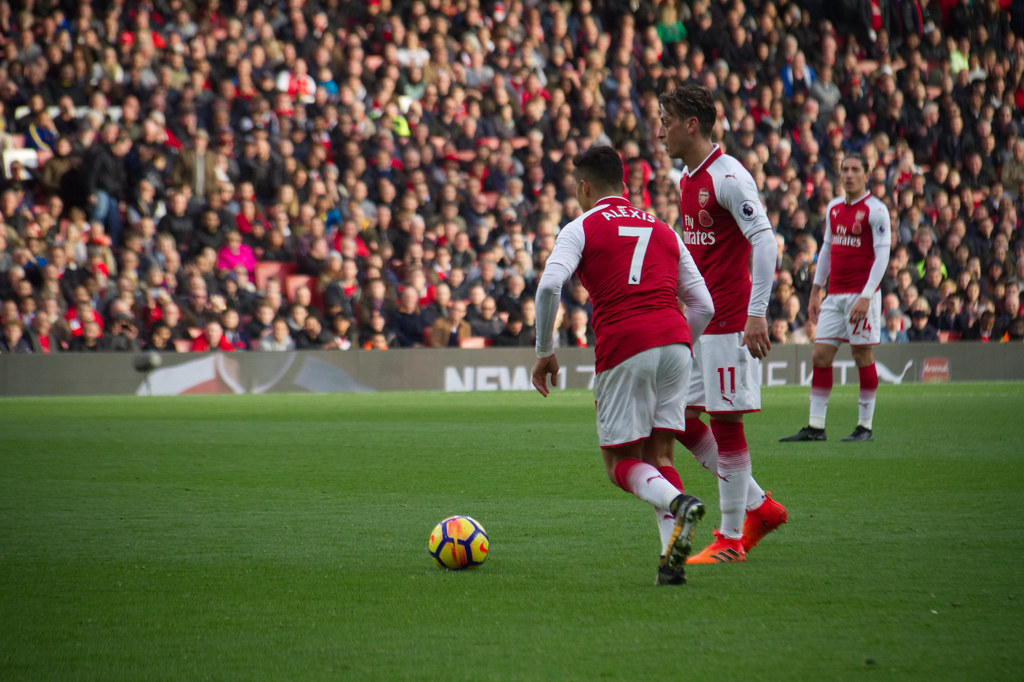 END_OF_DOCUMENT_TOKEN_TO_BE_REPLACED

Even whilst Chelsea manager Antonio Conte tells press conferences that he remains confident with the situation at hand despite the season opener loss to Burnley in the Premier League, and the Italian says he is not worried about the lack of more signings this summer, Chelsea are doing everything in their power to land Arsenal starlet Alex Oxlade-Chamberlain.

The defending champions have spent around £130 million to get four players so far this summer, but more players from the title-winning squad have left, and the 3-2 shock loss at Stamford Bridge increased the pressure for the manager to add players.

END_OF_DOCUMENT_TOKEN_TO_BE_REPLACED

Despite Arsenal having some great success in the transfer window so far, it has lacked the impetus expected from Arsene Wenger in what could be his last couple of seasons at the Emirates. They signed Sead Kolasinac for free to shore-up the defence and left-back position and spent a club-record fee to bring in Alexandre Lacazette to finally give Arsenal a true striker.

Now, reports from Italy claim that the Gunners are in pursuit of one of Juventus’ prized centre-backs, Daniele Rugani. With Arsenal’s last two games showing Arsene Wenger utilising the three-at-the-back formation to great effect, defeating Chelsea in both of their last competitive matches to win two trophies, they could do with a centre-back who is more experienced in the role.

Daniele Rugani has been in the Juventus system since February 2015, and the club has been moulding him into their next centre-back star. Having been blooded into the first team over the last couple of seasons, the Italian champions have effectively put their trust in Rugani for the upcoming campaign.

This comes after the huge-spending AC Milan managed to claw top centre-back Leonardo Bonucci away from Juventus and the champions decided not to sign a replacement following the transfer. They did get Medhi Benatia from Bayern Munich during the Kingsley Coman negotiations, but since Bonucci left, Juve haven’t signed and kept another centre-back.

This puts the 6’3’’ 23-year-old in a prime position to get a lot more game time, and that appears to be the way in which Juventus are going with him. So, losing him this late in the transfer window could be catastrophic to the team. Due to a fantastic summer of signings, AC Milan have closed in to 13/2 in the Serie A betting. Juventus are still clear favourites, but given the immense talent fluxed into AC Milan, perhaps the odds should reflect a closer race as the challengers certainly have the tools to have a good run at the title.

It’s hard to ignore both Juventus’ six-season winning streak of Serie A and the immense team that AC Milan have built, so this could make for the most competitive campaign for years, which Juventus will not want to be pulled into. Keeping their future star Daniele Rugani is a must if they wish to remain dominant, so they’re very unlikely to let him go.

Arsenal heading in the right direction 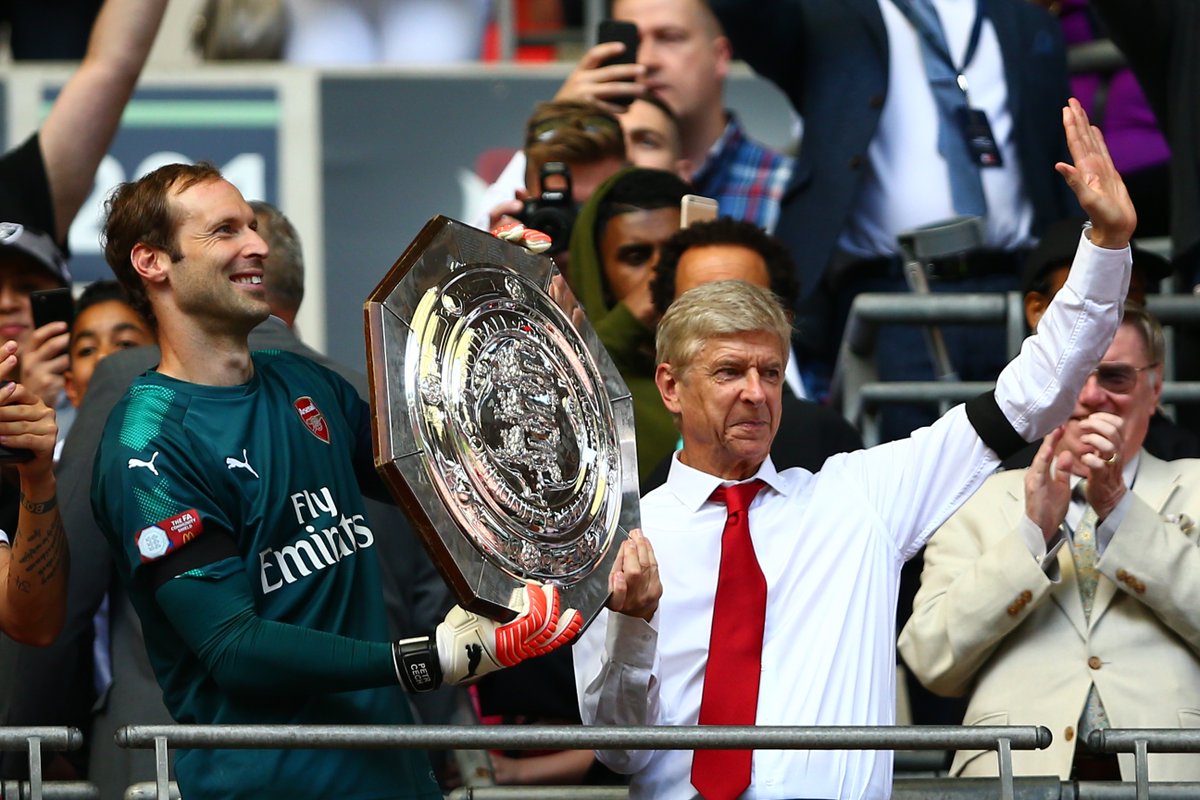 The fact that Arsenal are being linked to centre-backs, especially someone as talented and tactically-sound as Rugani, is a great sign and will hopefully bear fruit before the end of the transfer window. Unfortunately, however, it seems extremely unlikely that the Italian giants would let Ruagni leave – they simply need him too much this season.

Much of the other transfer talk surrounds attacking players such as Thomas Lemar, Lucas Moura, and Ousmane Dembele, most likely because of the Alexis Sanchez situation. But, if Arsene Wenger wants to continue down the three-at-the-back route, he will want to sign a central defender experienced with the tactical structure of the formation, instead of relying on full-backs to get the job done over the long season.

If the Gunners do end up getting Daniele Rugani, it would be a fantastic signing, but it looks rather unlikely at this point.

END_OF_DOCUMENT_TOKEN_TO_BE_REPLACED

As we approach the official start of the summer transfer window, all the talk at Arsenal seems to be concerning players who may leave the club. Both Olivier Giroud and Alex Oxlade-Chamberlain have been linked with the exit door in recent days and it’s certainly true that Arsene needs to trim some of the deadwood at the Emirates as the 2017/18 campaign starts to appear over the horizon.

More importantly, the squad needs some fresh faces and that was clearly evident throughout a disappointing league season so who is in the frame at this stage?

END_OF_DOCUMENT_TOKEN_TO_BE_REPLACED

There are a number of clubs from around the world that feel the need to make a huge splash when the transfer window comes along as they have to add world class and renowned players into their respective squads in order to satisfy the desire of their own fans as well as other reasons.

Arsenal is not a club that is known to be a big spender, at least in comparison to some of their rivals such as: Manchester City, Manchester United, Chelsea and Liverpool. However, there really is no need to splash out huge amounts of cash in order to improve a squad and Arsene Wenger is a prime example of this.