Arsene Wenger has acted quickly and made his first few signings in the January transfer window and the standout buy so far being Egyptian midfielder Mohamed Elneny who has arrived from Basel.

With a number of injuries in midfield Wenger will be hoping that Elneny will quickly adapt to the English Premier League and bring his box to box play to the fore. The Egyptian can also act as a holding midfielder so Arsenal fans will be hoping that he turns into the Patrick Vieira-type player that Arsenal’s midfield has been crying out for since the Frenchman left the club over 10 years ago. 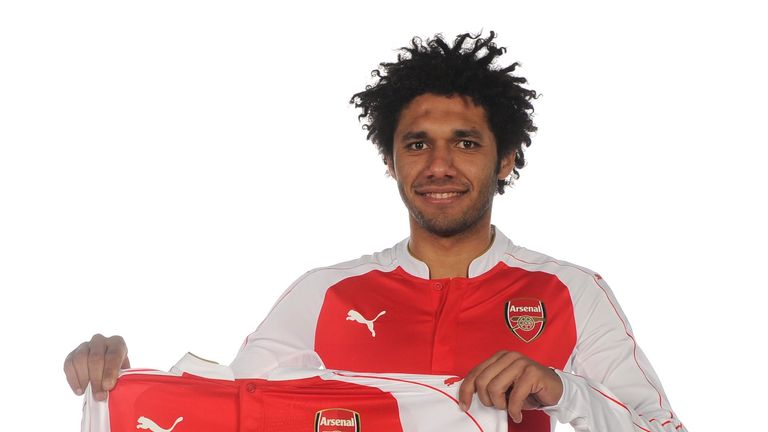 END_OF_DOCUMENT_TOKEN_TO_BE_REPLACED

Arsenal are thought to be one of the clubs to have made an offer for the Ecuadorian winger Jefferson Montero, who impressed at the World Cup 2014. Even though Ecuador were knocked out of the World Cup at the group stages, they came close to qualifying for the last 16 stage. It was only because of the 0-0 draw with France that they failed to achieve this aim. Ecuador were one of the poorest teams from Latin America a decade ago, but this current generation of players have transformed them into one of the strongest.

A high-profile player with the Ecuadorian ranks is Manchester United winger Antonio Valencia. It looks as if Montero will join the list after the likes of Arsenal and Tottenham have reportedly made an offer for him. He confirmed after the 0-0 draw with France that he will certainly leave the Mexican league in this transfer window. After having played with Villarreal in Europe, Montero came back to Mexican football in the last two years. Now, he reckons that it is time to head back to Europe and play for the big clubs.

Even though he admitted that he is likely to seal the transfer the next few weeks, the destination still remains a mystery. Montero refused to reveal the identity of the club close to signing him. “It’s certain that I’ll leave the league, but let’s see where I’ll go. We expect to sort it out within the next few days. I already have an offer, the club are handling it. Let’s see where I’ll go but for now I have some days off. I can tell you that it won’t be Mexico. It will be Europe and thank God we are working on it, I hope it works out,” said the striker about joining the Premier League.

Napoli striker Lorenzo Insigne’s agent has claimed that his client is extremely happy and honoured to know that a club like Arsenal are interested in signing him. The 23-year-old has emerged as one of the key transfer targets for Arsenal in the summer. He will be taking part in the World Cup 2014 for the Italian national team. After making 36 appearances in the league last season, he scored just three goals. However, his overall contribution to the team helped them finished third in the league table. Moreover, Arsenal are looking at a striker who will be a backup to Giroud and not a first choice player.

It is believed that the 23-year-old fits exactly into those requirements and his price will also be much lower than top class centre forwards like Gonzalo Higuain and Mario Balotelli. Arsenal have also been linked with these players as well. Even though Lorenzo Insigne has a contract with Napoli for the next four years, he has been reportedly made aware of the interest from the Premier league outfit. His agent, Antonio Ottaiano, has stated that they have been aware of Arsene Wenger speaking in glowing terms of the striker.

This is likely to pave way for a bid after the World Cup 2014. “We take into account the praising reports that Wenger has given about the player. We are honoured that a club like Arsenal could have Lorenzo on their wish list. However, from here to take it to the next level, that is a possible transfer, there is a huge mountain in between named Napoli. The club consider him without a shadow of a doubt as one of their key players for their ambitious project,” said the player’s agent. Arsenal won the FA Cup title last season – their first major trophy nine years.

Arsenal defender Per Mertesacker, who helped the club reach the final of the FA Cup by scoring the equaliser in the semi-final, says that he wants the players to go out and win the trophy for the fans. A victory will finally ended the trophy drought which has been in the minds of long-suffering Arsenal fans. The club has not won a major trophy since the FA Cup victory in 2005. Even though there have been numerous occasions when they have come close, it has largely been a decade to forget for the club.

The FA Cup final this year is more crucial than in previous years since it would also determine the future of several players and also the manager. It is believed that Arsene Wenger is delaying the signing of a new contract in order to see the outcome of the final. A poor result could bring an end to his time in the club. Mertesacker scored in the 1-1 draw with Wigan, in which Arsenal went on to win the semi-final on penalties. He says that the fans deserve success for staying with the club even during the troubled times.

Mertesacker has gone on to become one of the important players for the club after becoming an Arsenal player in 2011.
“I had a hard first season but they encouraged me so I have to give them credit. Especially in my first season they always covered me and always backed me up and gave me that bit of confidence you need as a player. (Winning the cup) would mean a lot, that would be a big step for our team. We went through a lot of difficulties. We were top of the league, then we dropped points and then came back to fourth position. We want to keep our run now,” said Mertesacker.

Arsenal put pen to paper and officially sign the Morrocon striker on a long-term contract. The 26 year old will wear the number 29 t-shirt, and has vowed to become the Moroccan Cristiano Ronaldo.

Below you can watch the interview directly from the Arsenal.com website of the new signed player speaking to the club.

Arsenal fans on the free bets uk exchanges all back Chamakh to be a massive success. We’ll wait and see… 🙂

“If I decide to leave Arsenal it will be to wear the shirt of Barcelona. I don’t know when this will happen, though. I am very happy at Arsenal and I’m in no hurry to leave the club.”

Fabregas has been tipped to move to Barcelona this summer, with many fans taking on free bet offers to put theirmoney where their mouths are!

“I want to make a decision about my future before the World Cup. It’s impossible to perform if you’re not fully focused on the sporting aspects of the game. I don’t want to be distracted by transfer talk.”

Reports suggest 32 year old Italian goalkeeper international Gianluigi Buffon could well be on his way to the Emirates Stadium. The Juventus keeper could replace Almunia, who has had a not so convincing season. Arsene Wenger who has admittedly said Manuel Almunia was never his number one long term keeper will be looking to replace him as soon as possible.

The 32-year-old has been linked with a move to the Premier League for some time and if these reports are to believed, his next destination will be the Emirates Stadium.

Buffon, who has won 100 caps for Italy, is expected to seal the switch to the Gunners within the next few weeks to end his nine-year stint in Turin.

Arsenal boss Arsene Wenger has been searching far and wide for a new goalkeeper after the inconsistent and error-prone displays of Manuel Almunia and backup Lukasz Fabianski this season.

Keep checking back for more information on this article.
Please leave your views in the comments area.

As the French league slowly comes to an end, Marouane Chamakh is set to be out of contract with current team Bordeaux. There have been constant talks through-out the whole season on whether he would join the North London team. It is looking very close that he will put pen to paper and become an Arsenal player in the coming weeks after what has been a long and hard season. According to Sky Sports reports, the Morrocon international will join Arsenal on a free transfer.

Marouane Chamakh has spoke out to the media on how he would like to join the Premier League, hinting on several occassions that he would like to play for Arsenal and adapt to their style of play.

“I am delighted to join the English football atmosphere, it is something amazing,” he told French newspaper L’Equipe.

“I love Arsenal’s game. I know I will have to adapt but I know the short passing game with (Bordeaux

“In February, I made my decision. A departure clause (in a potential new Bordeaux contract) was not logical after refusing Arsenal last summer.

“Arsenal were not alone. There were Liverpool,

Tottenham and crazy offers from Russia.

“But I was only focused on the Premier League.”

Chamakh has been with Les Girondins for 10 years and, while he is looking to the future, admits he will be leaving with a heavy heart.

“For my last matches with Bordeaux I can feel a lot of emotion,” he added.

“But I am leaving for a new challenge. At Bordeaux I was the club’s child. In London, I won’t be a kid anymore.

“I have grown, I have things to prove and I am motivated to achieve it.”

The debate lies on how he will do at Arsenal, will he be a success? Is he what Arsenal needs?
Keep checking back for the latest updates on this signing, and leave comments on what you think on the whole issue.