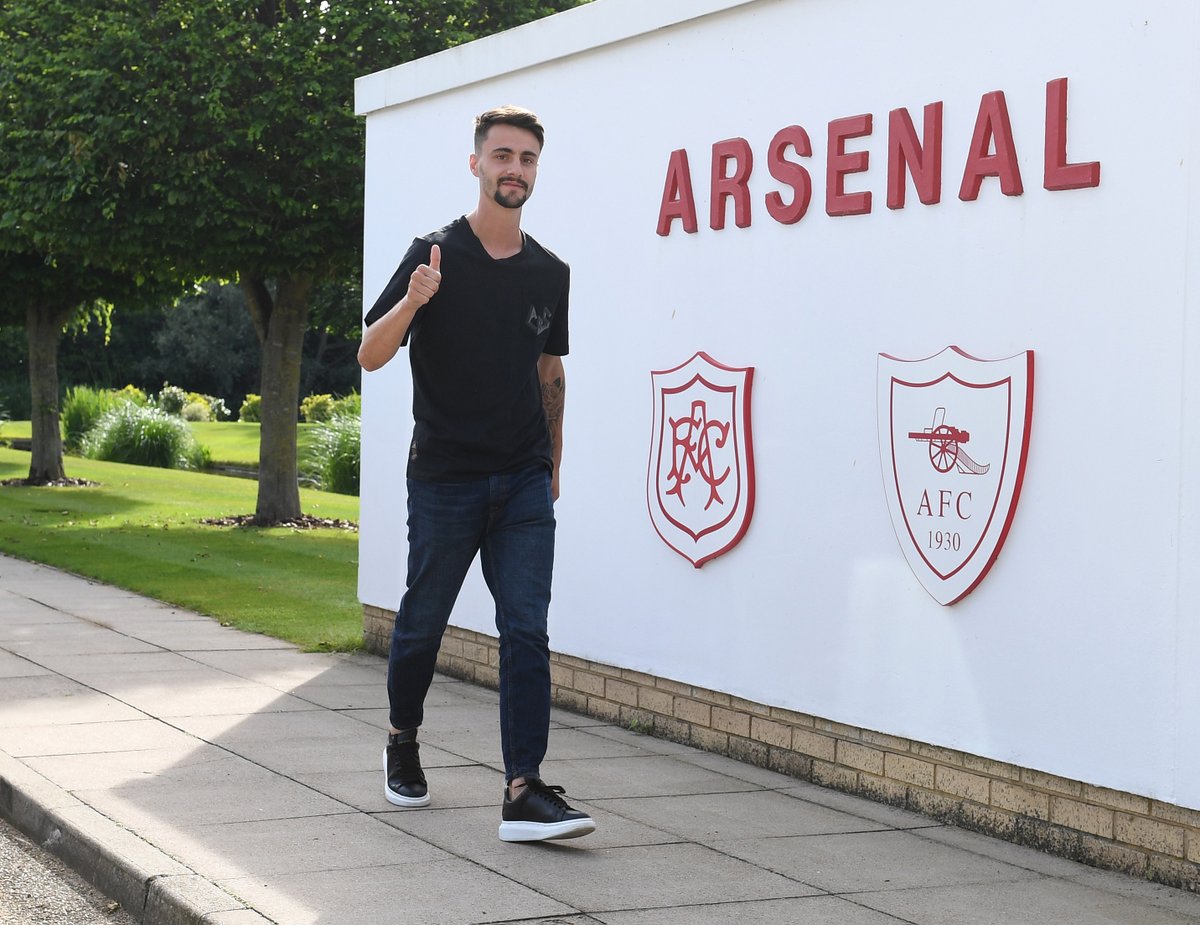 Arsenal have made their second signing of the summer with the arrival of Fabio Vieira from Portuguese champions FC Porto. The signing of the Portuguese midfielder was sealed by the Gunners earlier on Tuesday via the official announcement made on their various social media outlets.


The transfer fee associated with the Fabio Vieira to Arsenal move could be up to €40m. In an official statement from FC Porto on Friday, it was revealed that the Gunners will pay an initial fee of €35m plus €5 in add-ons.


Arsenal confirmed that 22-year-old Fabio Vieira has signed a long-term contract with them. On the signing, manager Mikel Arteta said he’s very excited that Arsenal have identified and signed such a special talent. Speaking further, the Spaniard said the Portuguese midfielder will add high quality and versatility in his team’s attacking play.

Arsenal technical director Edu also praised the signing of the midfielder from FC Porto. He said Fabio Vieira has special qualities and he’s comfortable with the ball in the final third on the pitch and that the Arsenal officials are looking forward to working with him and enjoy his future contribution at the club.

New Arsenal signing Vieira is yet to make an appearance for the Portugal senior team, but he was named the best player at the UEFA Euro u-21 Championship last year. He scored six goals and 14 assists in 27 games as FC Porto won the league title in the Portuguese top flight ahead of rivals Sporting Lisbon and Benfica. Vieira had the most assists in the league with 14 as revealed earlier.

After the signing of Vieira was confirmed, Edu sent a message to the Arsenal fans as he said they will continue to work hard on transfers in this window.