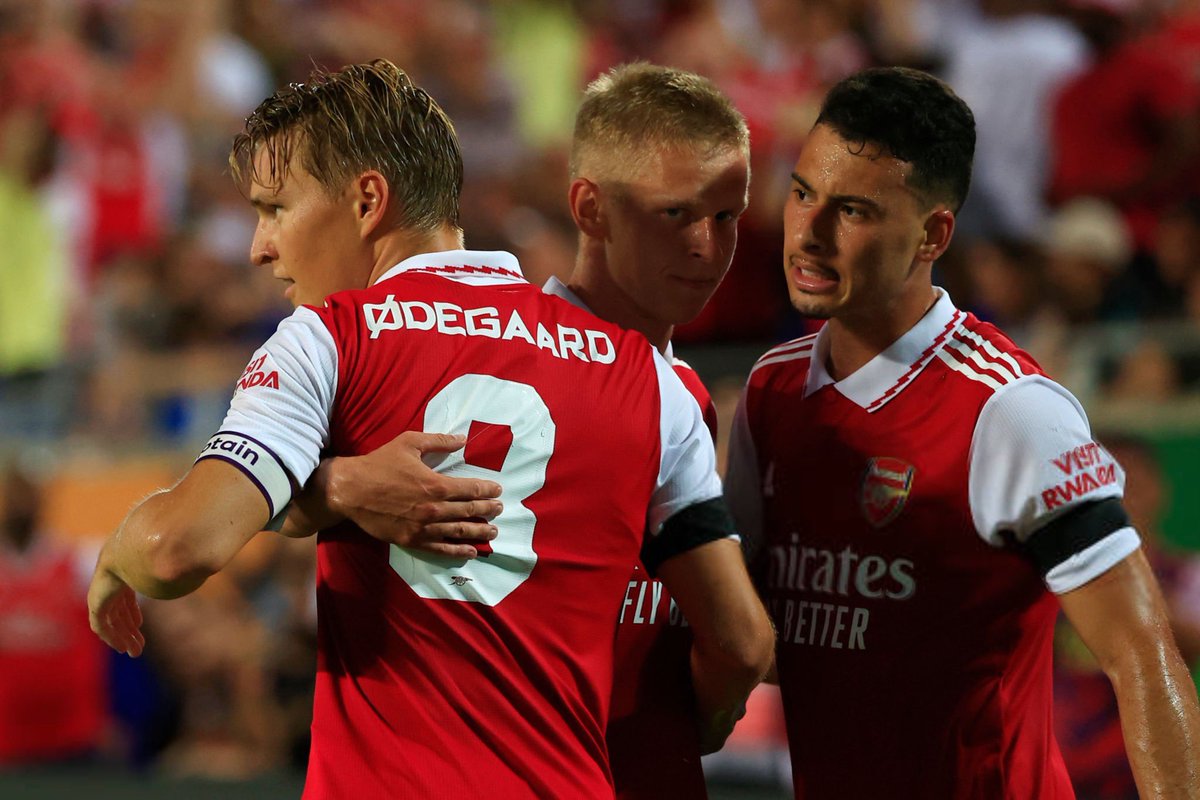 North London giants Arsenal still have a perfect pre-season record after their Florida Cup final encounter with Premier League rivals Chelsea on Saturday night. The Gunners made it five wins from five matches with the big victory over Chelsea.


Arsenal started their pre-season schedule this summer with an emphatic victory over fellow English team Ipswich Town thanks mainly due to the treble from former England junior international Eddie Nketiah.Nketiah scored a hat-trick in the first half on the way to a 5-1 win over League One club Ipswich Town. Albert-SambiLokonga also scored for the Gunners in the first half, while young striker Folarin Balogun scored the fifth and final Arsenal goal as a second half substitute.

In their second pre-season game, Arsenal came from a two-nil deficit at half-time to beat German team Nuremberg 5-3 in front of their home fans. New signing Gabriel Jesus scored his first goals for the Gunners since his £45m move from Premier League holders Manchester City during the game against hosts Nuremberg and as a substitute.Mohamed ElNenny also came off the bench to score just like what was obtainable with Brazil international Jesus.

Arsenal made it three wins from three pre-season friendly games with the 2-0 win over Merseyside giants Everton thanks to the goals from the aforementioned Jesus and Bukayo Saka. Jesus and Saka scored in the first half to lead the Gunners to a straightforward win. The Gunners beat Major League Soccer (MLS) side Orlando City 3-1 to make it four victories from four games. Nketiahmade it four goals in four games with one of the goals during the win over Orlando City.

The big win over Chelsea made it five victories in five pre-season games. The Blues were thoroughly beaten by Arsenal with Gabriel Jesus, Martin Odegaard, Bukayo Saka and substitute Albert-SambiLokonga.