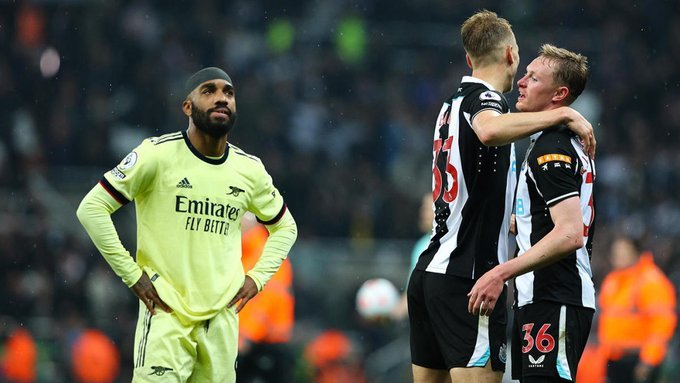 
Arteta and his players were in fourth spot before the start of their current two-game losing run. They had four more points than North London rivals Tottenham Hotspur in fifth spot before the two teams met at the new Tottenham Hotspur Stadium on Thursday. The Gunners four-point advantage had been reduced to just one point by the time the derby came to an end thanks to the 3-0 win recorded by the home team. England striker Harry Kane scored twice in the first half which saw Arsenal defender Rob Holding sent off for two yellow cards for two separate fouls on South Korean star Son Heung-Min. Son added a third goal at the start of the second half to seal the win for Spurs thus moving them within one point of their opponents.

The Gunners had a one-point lead over Spurs as at this weekend before they took on respective opponents. Tottenham Hotspur played hosts to relegation-threatened Burnley at home on Sunday, while Arsenal were guests ofnew moneybags Newcastle United on Monday.

Spurs were able to move two points clear of Arsenal after the 1-0 home win over Burnley thanks to the late first half goal from Kane. The England international scored the only goal of the game from the penalty spot. Arsenal knew only a win at Newcastle United will take them above their North London rivals. In the end, they were beaten 2-0 by the Magpies courtesy the goals fromBen White (own goal) and Bruno Guimares.