July 2005. The month and year that Patrick Vieira left Arsenal to join Juventus. The deal was a reported £13.75m and left many Gunners’ fans in shock. The central lynchpin of the Invincible team had been cast aside with no replacement seemingly on the way.

For many, the Frenchman’s departure is a symbol of everything that followed for Arsenal over the next 12 years. A dominant, all-round midfielder who was a genuine leader. Gone. The Arsenal midfield hasn’t been the same since. Of course, it’s not quite that simple. To suggest Vieira was never replaced is a little misleading. In the last 12 years, Arsenal have had a selection of world-class midfielders, albeit of a different ilk from the towering Frenchman. 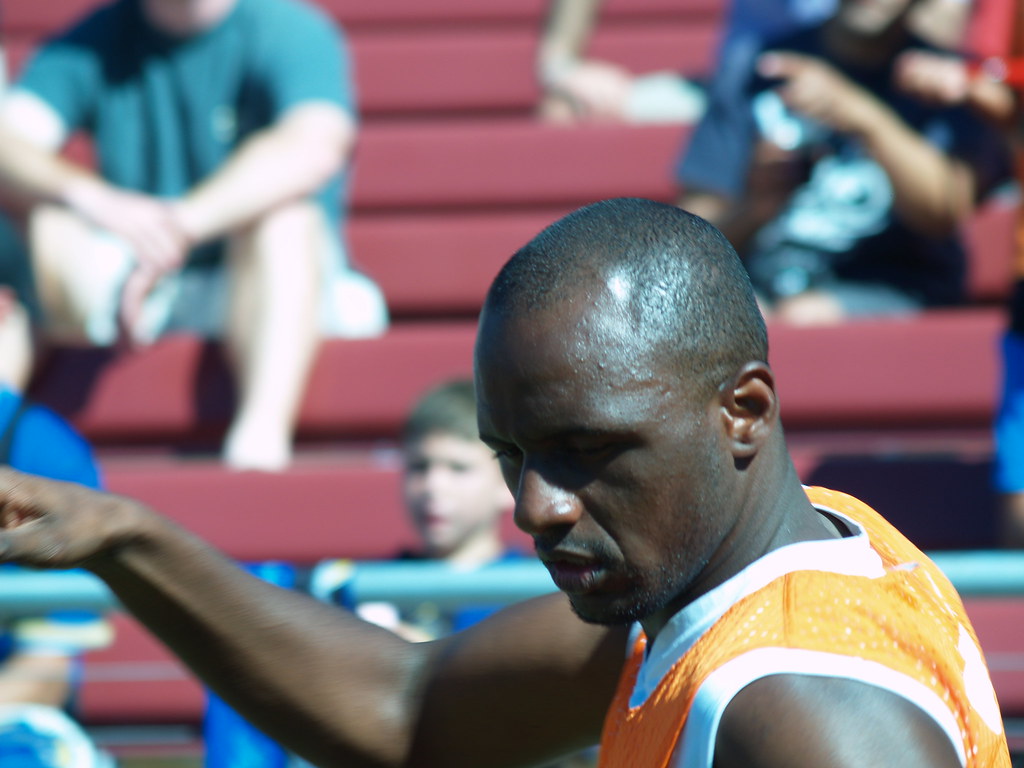 There is no doubt that Arsene Wenger has made more than a few questionable decisions during his reign. But blaming him for not replacing Vieira with a like-for-like player somewhat misses the point. The root of Arsenal’s failings in the league and Champions League stem further than a lack of leaders.

But those questions are for another day. Instead, we’re looking back through the midfielders that followed in the footsteps of the French warrior. We take a look at their strengths, weaknesses and the moments that brought joy to the Gunners’ faithful. Who are the stars that lit up the Emirates, and who didn’t quite hit the mark or reach their full potential? Here is our review of the Vieira pretenders and contenders.

In terms of stature, About Diaby is the player most similar to Vieira. Standing at 6’3”, with long legs like those made famous by the ex-Arsenal captain, Diaby had the potential to be even better than his French counterpart.

Unfortunately for Abou, in 2006 a horrific tackle from former Sunderland player Dan Smith broke the then 19-year-old’s leg, putting him out of action until 2007. Injuries disrupted the rest of his Arsenal career.

The few glimpses we got of Diaby suggested that he may have gone down in folklore as one of the Arsenal’s greats. Perhaps slightly more attacking than Vieira, Diaby had a poise and technical ability bereft of most players of his height.

The Frenchman moved on to Marseille in 2015 and made only five appearances in two years, with injury further hampering any chance of success. Now aged 31, he is a free agent unable to find a club. 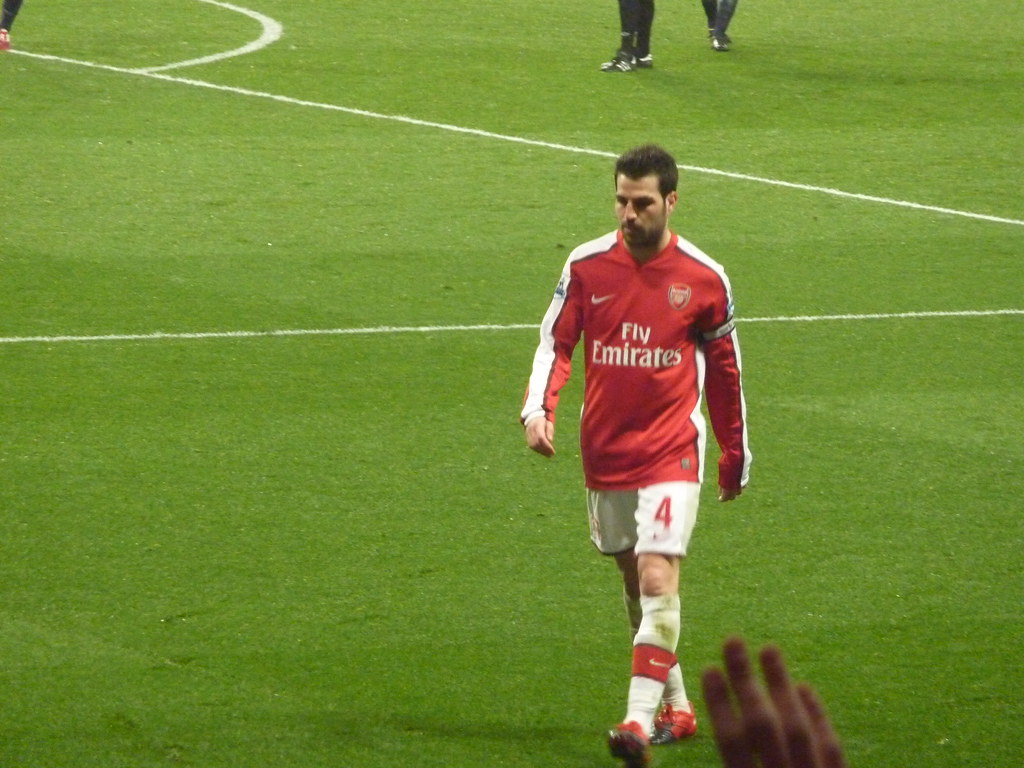 In order to get his transfer from Arsenal to Barcelona in 2011, Cesc Fabregas threatened to go on strike. Not the best way to end an eight-year relationship with a club. Despite this, many Arsenal fans wax lyrical on Fabregas’ time at Arsenal.

The Spanish international was so good for the Gunners that even his bitter departure wasn’t enough to taint his status as a club hero. 2007/08 was probably Fabregas’ best season in a red and white shirt. In that campaign, he scored seven goals and made 18 assists.

There haven’t been many players to don the Arsenal shirt with Fabregas’ vision for a pass. His reading of the game and grace on the pitch made him an instant fan favourite. In fact, it was the Spaniard’s emergence that convinced Wenger to let Vieira go in 2005.

Despite now plying his trade at Chelsea, Fabregas is still considered one of Arsenal’s best players of the last 20 years. If he were the leave the Blues, many Arsenal fans would welcome him back with open arms.

Alex Song polarises the Arsenal fanbase, with some believing the Cameroon international was a good servant for the Gunners. Others, however, don’t look back Song’s time in London with fond memories.

His departure from Arsenal certainly didn’t lend itself to goodwill. He was always on the cusp of being a quality player. After an impressive 2011/12 campaign, where he assisted 11 goals from midfield, Song signed for Barcelona in a £15m deal.

The problem with Song was that he was initially seen as a defensive midfielder, someone to shield the back four and break down counter attacks. Too often he was found wanting on his defensive duties and contributed to Arsenal’s weak underbelly. His lack of defensive bite is a symbol of the Arsenal team around that time.

If Cesc Fabregas is the best midfielder Arsenal have had since Vieira, Cazorla pushes him to the limit. The Spaniard is simply a magician, a majestic player to watch with close ball control like no other. He signed for Arsenal in 2012, following Euro 2012, and has gone on to write his name down as a club legend.

Since 2015, Santi has unfortunately struggled with serious injuries. The latest coming recently in a long line of setbacks. As each day passes, it looks less likely that he will play top-level football again, which makes for a sad end for a player who is so easy on the eye to watch.

At his best, Cazorla was unplayable. An all-round player who was able to break the lines and dribble his way out of tight spaces with excellent ball control. Hopefully, this latest setback isn’t the end of a truly world class player, although it doesn’t look promising.

Another player whose career has been blighted by injury, Jack Wilshere is perhaps the one Arsenal player fans want to succeed the most. Despite a hugely frustrating career to date, there is still lots of goodwill towards a player who hasn’t featured regularly for Arsenal since 2014.

That performance against Barcelona in 2011 remains at the forefront of most Arsenal fans’ minds. Despite struggling to regain his place this season, the English midfielder has so far been fit for the whole season. With Wilshere, it’s always small steps.

It will be interesting to see if Arsenal’s no.10 gets a run in the team now. The Gunners are pushing for a Champions League place, but why look for odds for who will finish in the top four at the end of the season when it can be live in-play betting? When featured, Wilshere certainly has the talent to turn a game on its head and make the difference, and with Mesut Ozil and Alexis Sanchez on their way out, opportunities for Wilshere may become more frequent.

Coquelin is a figure widely derided by many of the Arsenal faithful. But there is no doubting the impact he had on the team in early 2015, after being recalled from a loan spell at Charlton Athletic. The Frenchman was brought back into the fold after an injury crisis left the Arsenal down to the bare bones.

His subsequent performances coincided with an unbeaten run that saw the Gunners finish in the top four and win another FA Cup. The 26-year-old struck up an impressive partnership with Cazorla, doing the dirty work why the Spaniard pulled the midfield strings.

Since Cazorla’s injury, however, Coquelin has struggled to perform in the team. His reading of the game is often criticised, and he finds himself making rash, last-ditch challenges – a sure sign of a struggling player. He’s now very much the backup midfielder to the likes of Aaron Ramsey and Granit Xhaka. 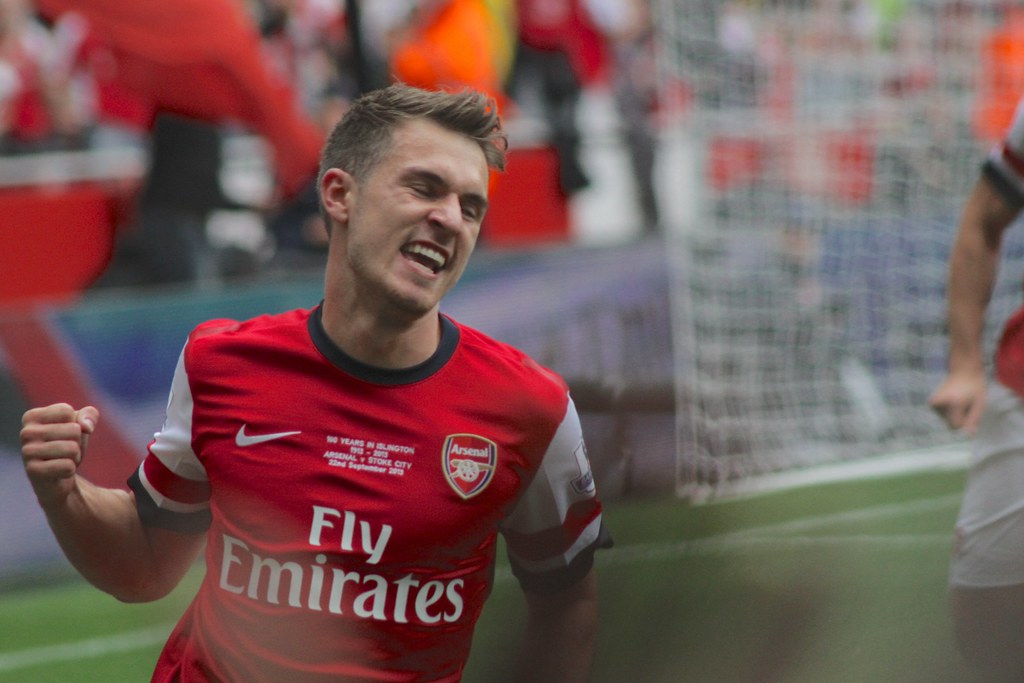 Another player who divides opinion, Aaron Ramsey has been through a lot since making his Arsenal debut as a 17-year-old in 2008. A horrific leg break from Stoke’s Ryan Shawcross put his career on hold for a couple of years, with many fearing he may have to retire.

Still, the Welshman recovered, and Ramsey’s breakout season came in the 2013/14 campaign, where he was Arsenal’s engine in midfield, much in the same vein as Vieira himself. That season saw him score 10  goals and assist a further eight in 20 Premier League appearances. He also scored the winner for Arsenal in two FA Cup Finals: 2014 and 2017. If you’d have stuck a bet on with a bet365 bonus code at the time, you could have got great odds on that happening!

The 26-year-old is another player who suffers from his fair share of injuries, but this season he looks to be reaching something comparable to the form displayed in 13/14. So far this campaign, Ramsey has eight goals and assists in 12 appearances, while averaging 1.9 tackles per game.

Suggesting that Arsenal could still do with a Vieira-type player is like saying any team could do with one of the greatest midfielders of all time. If there were a player with Vieira’s attributes available, he would be coveted by all the biggest clubs in Europe.

While Arsenal could perhaps do with extra quality in terms of depth, Xhaka and Ramsey have so far shown some promise that they can strike up an effective partnership. With players like Joe Willock showing signs of progress, the future for Arsenal’s midfield looks promising. No matter what happens this season, it’s clear that the Gunners have had some outstanding midfielders since Patrick Vieira left 12 years ago in 2005.

The Frenchman is one of Arsenal’s all-time greats, but since his departure, the likes of Cesc Fabregas, Santi Cazorla and Aaron Ramsey have proved more than worthy replacements. They were and are the cream of the crop of the Gunners midfield over the last decade, and have excited the Arsenal faithful on countless occasions.