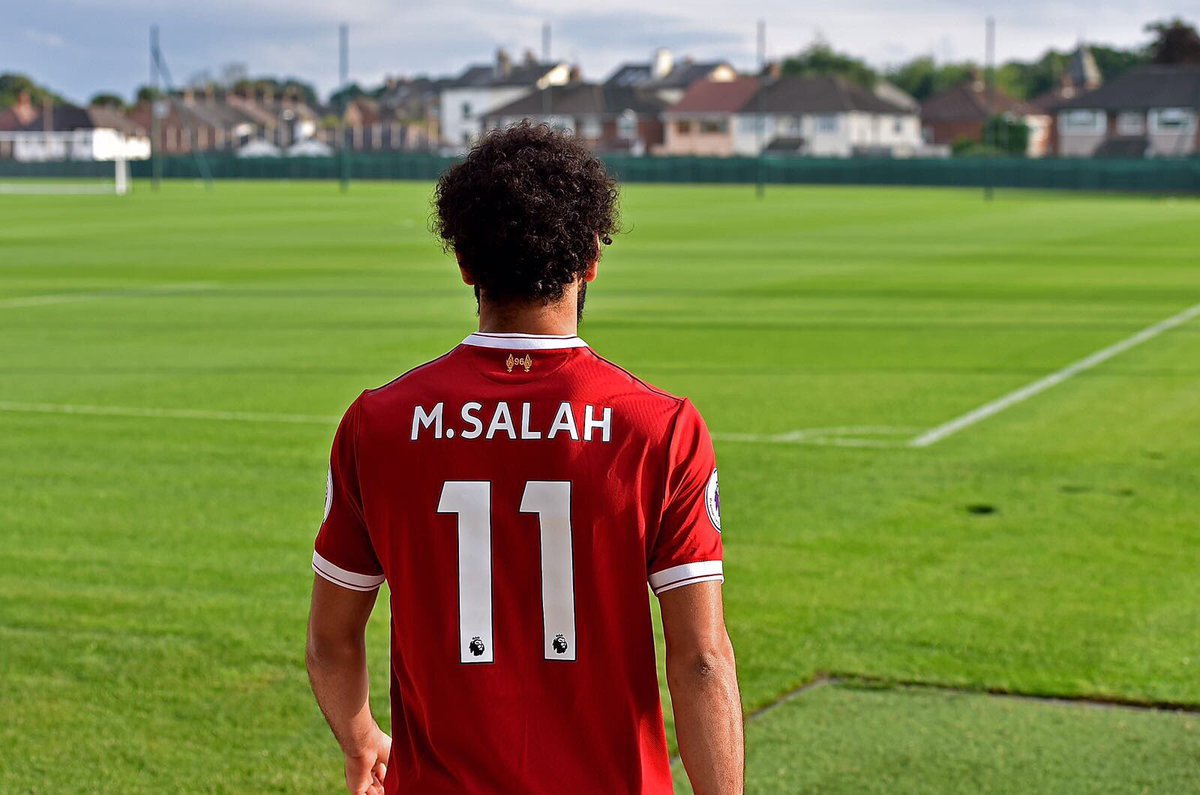 END_OF_DOCUMENT_TOKEN_TO_BE_REPLACED

Arsenal are thought to be one of the clubs to have made an offer for the Ecuadorian winger Jefferson Montero, who impressed at the World Cup 2014. Even though Ecuador were knocked out of the World Cup at the group stages, they came close to qualifying for the last 16 stage. It was only because of the 0-0 draw with France that they failed to achieve this aim. Ecuador were one of the poorest teams from Latin America a decade ago, but this current generation of players have transformed them into one of the strongest.

A high-profile player with the Ecuadorian ranks is Manchester United winger Antonio Valencia. It looks as if Montero will join the list after the likes of Arsenal and Tottenham have reportedly made an offer for him. He confirmed after the 0-0 draw with France that he will certainly leave the Mexican league in this transfer window. After having played with Villarreal in Europe, Montero came back to Mexican football in the last two years. Now, he reckons that it is time to head back to Europe and play for the big clubs.

Even though he admitted that he is likely to seal the transfer the next few weeks, the destination still remains a mystery. Montero refused to reveal the identity of the club close to signing him. “It’s certain that I’ll leave the league, but let’s see where I’ll go. We expect to sort it out within the next few days. I already have an offer, the club are handling it. Let’s see where I’ll go but for now I have some days off. I can tell you that it won’t be Mexico. It will be Europe and thank God we are working on it, I hope it works out,” said the striker about joining the Premier League.

Napoli striker Lorenzo Insigne’s agent has claimed that his client is extremely happy and honoured to know that a club like Arsenal are interested in signing him. The 23-year-old has emerged as one of the key transfer targets for Arsenal in the summer. He will be taking part in the World Cup 2014 for the Italian national team. After making 36 appearances in the league last season, he scored just three goals. However, his overall contribution to the team helped them finished third in the league table. Moreover, Arsenal are looking at a striker who will be a backup to Giroud and not a first choice player.

It is believed that the 23-year-old fits exactly into those requirements and his price will also be much lower than top class centre forwards like Gonzalo Higuain and Mario Balotelli. Arsenal have also been linked with these players as well. Even though Lorenzo Insigne has a contract with Napoli for the next four years, he has been reportedly made aware of the interest from the Premier league outfit. His agent, Antonio Ottaiano, has stated that they have been aware of Arsene Wenger speaking in glowing terms of the striker.

This is likely to pave way for a bid after the World Cup 2014. “We take into account the praising reports that Wenger has given about the player. We are honoured that a club like Arsenal could have Lorenzo on their wish list. However, from here to take it to the next level, that is a possible transfer, there is a huge mountain in between named Napoli. The club consider him without a shadow of a doubt as one of their key players for their ambitious project,” said the player’s agent. Arsenal won the FA Cup title last season – their first major trophy nine years.

Arsenal defender Per Mertesacker, who helped the club reach the final of the FA Cup by scoring the equaliser in the semi-final, says that he wants the players to go out and win the trophy for the fans. A victory will finally ended the trophy drought which has been in the minds of long-suffering Arsenal fans. The club has not won a major trophy since the FA Cup victory in 2005. Even though there have been numerous occasions when they have come close, it has largely been a decade to forget for the club.

The FA Cup final this year is more crucial than in previous years since it would also determine the future of several players and also the manager. It is believed that Arsene Wenger is delaying the signing of a new contract in order to see the outcome of the final. A poor result could bring an end to his time in the club. Mertesacker scored in the 1-1 draw with Wigan, in which Arsenal went on to win the semi-final on penalties. He says that the fans deserve success for staying with the club even during the troubled times.

Mertesacker has gone on to become one of the important players for the club after becoming an Arsenal player in 2011.
“I had a hard first season but they encouraged me so I have to give them credit. Especially in my first season they always covered me and always backed me up and gave me that bit of confidence you need as a player. (Winning the cup) would mean a lot, that would be a big step for our team. We went through a lot of difficulties. We were top of the league, then we dropped points and then came back to fourth position. We want to keep our run now,” said Mertesacker.

Arsenal manager Arsene Wenger has said that Alex Oxlade-Chamberlain is a player who reminds him of Wayne Rooney or Cesc Fabregas.

Alex Oxlade-Chamberlain has been one of the impressive players for Arsenal in 2012, despite the fact that Arsenal have just won their first game of the New Year in the league. Arsenal demolished Blackburn Rovers 7-1 in the latest Barclays Premier league match.

Incidentally, this was the first victory Arsenal have managed in the league in 2012. Apart from it being extremely special for Arsenal due to this reason, it was also special due to the Robin van Persie hat-trick and incredible performance on the part of the youngster Alex Oxlade-Chamberlain.

The youngster scored two goals and was also responsible for setting up numerous others. The 7-1 thrashing is expected to provide Arsenal the impetus to take on the rest of the teams in the Premier league over the last few remaining matches. Arsenal are not currently in a position to qualify for the Champions League next season. Thus, Arsene Wenger is expected to make qualifications to the Champions League a priority. Arsenal are currently in the sixth position in the table, which will not even ensure them Europa league football next season.

END_OF_DOCUMENT_TOKEN_TO_BE_REPLACED

After a captivating end to last season, Van Persie has scored 11 goals already during the current campaign and paid honour to the playmaking expertise of Walcott.

“After each and every goal, the fans and press ask me, ‘Who set it up?’ and I have to tell them ‘Who do you think set it up?!’ We just seem to have a connection. It’s like I know what he is going to do, where he is going to go, and I think thats very important. It’s almost vital to have that type of player around me, as a striker – someone who knows how I move, where I move, where I want the ball to be played – into feet, behind, etc.”

This sudden rush of goals has seen Arsenal shoot up the table after a rocky start to the season. They now look very much more likely contenders for the Top Four position they so greatly crave. However the question does have to be asked that, without Van Persie, Arsenal look like they are lacking something. With Robin on the pitch, even the most anti-Arsenal fan would be comfortable backing a win on the Arsenal betting index. But should Van Persie face a long spell on the sidelines one does wonder how Arsenal would cope. This is a worrying proposition for Wenger and one he may have to solve in January.

However for the time being Arsenal fans everywhere will be rejoicing in their rich vein of form and will be hoping it continues for the foreseeable future and should their talisman stay fit it looks likely that they will continue their assault on the Top Four – and the current Premier league betting odds make them favourites to get there.

Arsenal Manager Arsene Wenger has said that he expects striker and captain Robin van Persie to stay at Arsenal. The dutch striker’s contract is up for renewal at the end of next season, but if he doesn’t sign one before January 2013 he will be free to discuss moves to other clubs, and will leave the North London side for nothing.

If Van Persie did go, he would be following in the footsteps of Cesc Fabregas and Samir Nasri, who both left the Emirate stadium in search of trophies and Championships.

Wenger was confident of holding on to the striker. “He has 18 months to go and I’m confident he’ll sign a new deal. I’m always confident.”

Arsenal put pen to paper and officially sign the Morrocon striker on a long-term contract. The 26 year old will wear the number 29 t-shirt, and has vowed to become the Moroccan Cristiano Ronaldo.

Below you can watch the interview directly from the Arsenal.com website of the new signed player speaking to the club.

Arsenal fans on the free bets uk exchanges all back Chamakh to be a massive success. We’ll wait and see… 🙂

“If I decide to leave Arsenal it will be to wear the shirt of Barcelona. I don’t know when this will happen, though. I am very happy at Arsenal and I’m in no hurry to leave the club.”

Fabregas has been tipped to move to Barcelona this summer, with many fans taking on free bet offers to put theirmoney where their mouths are!

“I want to make a decision about my future before the World Cup. It’s impossible to perform if you’re not fully focused on the sporting aspects of the game. I don’t want to be distracted by transfer talk.”