Arsenal boss Arsene Wenger has claimed that midfielder Jack Wilshere is a more mature man after going through a series of injuries. 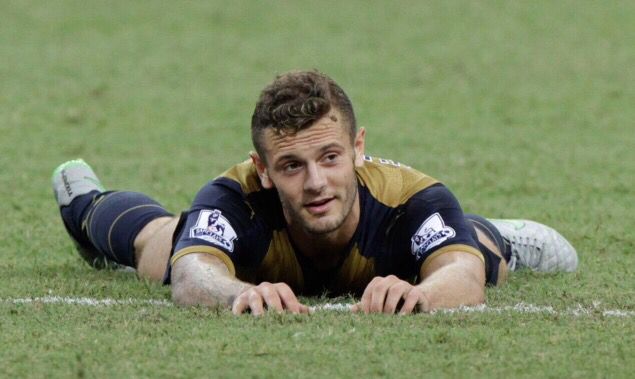 The England international is likely to make his first start of the season when the Gunners entertain Doncaster Rovers in the third round of the League Cup on Wednesday night.

Wilshere has managed just a cameo in the Europa League this season with Wenger playing the waiting game with his midfielder. Prior to the Doncaster game, Wenger admitted that Wilshere has hardened them with the string of injuries sustained over the years, and he is not far off from making his Premier League comeback.

He said: “Jack has gone through some tough times so he has that density, that fitness now of a man who knows that life is not only easy. You have as well to go through some difficult periods and he has always had a football brain.” Whilst admitting that he wouldn’t use up a bet365 bonuskode on betting that Wilshere would be playing regularly in the first team again before the end of the season, Wenger understood the pressures on the young ENglishman – “Jack understands football very well, but I would say he’s a much more mature man today. He had always common sense Jack, but he had an impulsive character. Jack has been consistent in training. If you ask me is he back to his full 100 percent potential, I would say no, but he’s not far away.”

Wilshere is currently behind Aaron Ramsey and Granit Xhaka for a starting spot in the Arsenal line-up, and he will probably have to wait for his chances from the substitutes’ bench unless there is an injury concern with either midfielder.

The 25-year-old currently has less than a year left on his existing deal with the Gunners, and his performance over the next couple of months will give a fair reflection on how his club career will pan out in the New Year. The likes of West Ham United and Trabzonspor are likely to retain their interest in Wilshere in January, but a section of the club’s faithful still believe that the midfielder has more to offer at the Emirates.