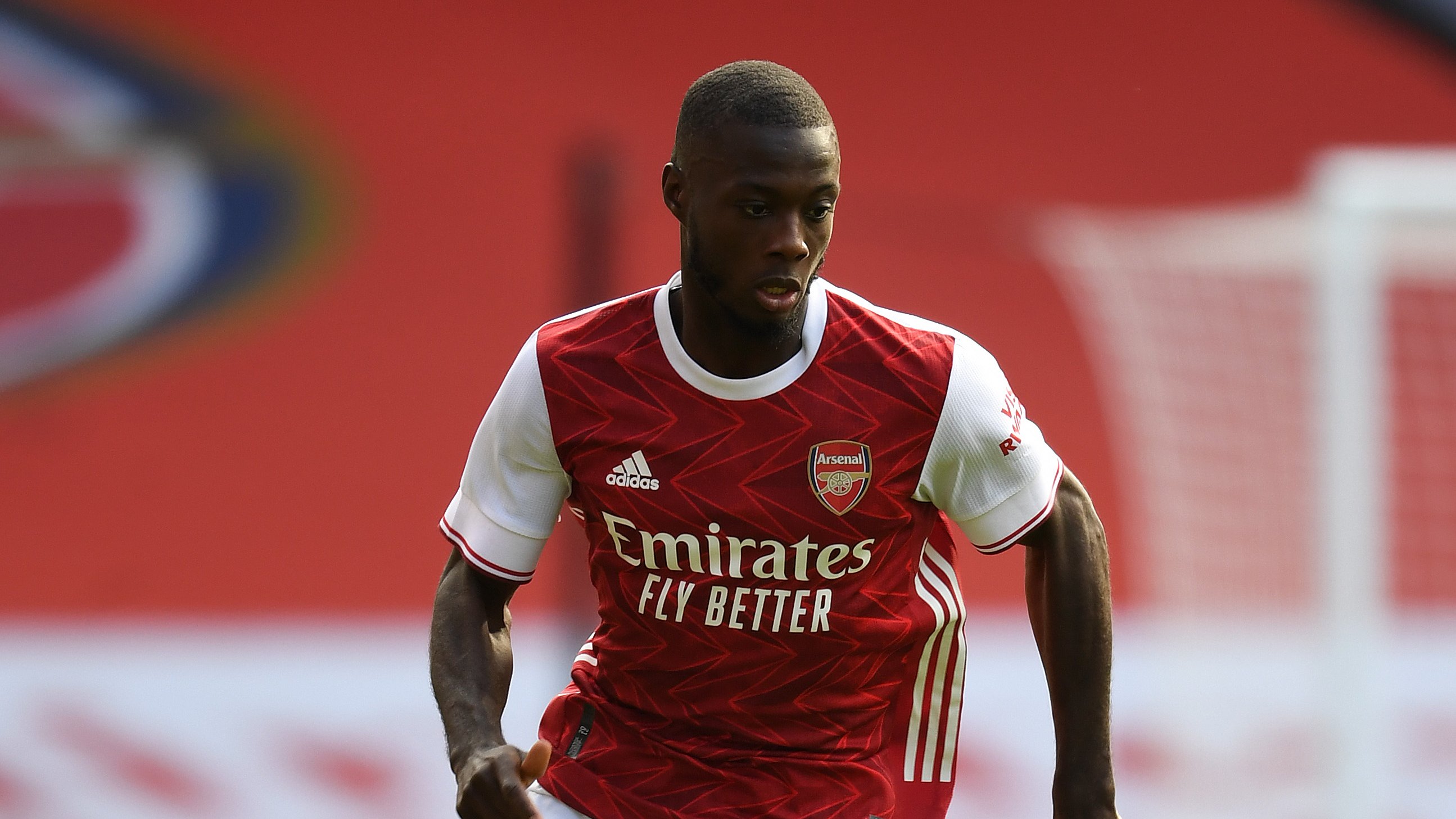 According to Foot Mercato, Premier League club Leicester City are interested in Nicolas Pepe, as Brendan Rodgers eyes late reinforcements to his attacking setup. The Ivorian winger has been made available and is inching closer to signing for French side OGC Nice. Nicolas Pepe is unwanted at Arsenal, with Mikel Arteta disinterested in selecting him as a starter. The Ivorian has not started a Premier League game since the Gunners’ 2-2 draw with Crystal Palace in October 2021, and the club are open to offers.

OGC Nice are reportedly closing in on signing the winger on loan from Arsenal without a buy option. While the talks have progressed smoothly, and the Gunners are reportedly open to doing a deal with the French side, the transfer has not been completed yet. There could be a snag somewhere, possibly due to the player’s lofty wages, which Nice may not be able to pay in full. The impasse has allowed another team to enter the chase, with Leicester City reportedly keen on signing the Ivorian winger from Arsenal.